Who is Robert Parker?

As part of our continued commitment to bringing you all you need to know about the world’s finest wines, we thought it only right that we profiled perhaps the most iconic figure in the entire industry. This is just one of a number of articles created here at the Octavian’s site, aimed at giving you all the information you need to make informed decisions about fine wine storage, cellarage and conditioning.

Just Who Is Robert Parker?

Robert M. Parker Jr is renowned as perhaps the greatest wine critic of all time, and is still going strong today at the ripe old age of 69. Born in 1947 in Baltimore, Maryland, Parker became famous as a wine critic due to his 100-point scale that has become so useful to wine fanatics across the globe.

His newsletter The Wine Advocate (which can now be accessed from his ever-popular website), has particular stylistic preferences, specific notetaking vocabulary, and has become influential in the purchase of Bordeaux wines.

Parker is seen by his peers to be the absolute authority on all things wine, and his wine reviews and wine scores are taken to be the most accurate and trustworthy in the industry. Some recent comments include;

“The world’s most prized palate” Andrew Edgecliffe-Johnson of the Financial Times.

“Nobody sells wine like Robert Parker. If he turns around and says 2012 is the worst vintage I’ve tasted, nobody will buy it, but if he says it’s the best, everybody will.”Max Lalondrelle, fine wine buying director for Berry Bros & Rudd

As wine critics go, they don’t come much more revered and respected than Robert Parker, but his 100-point system is thought to be what has made his wine reviews so revered, as it gives an added level of accessibility to what can be a confusing industry for newcomers.

Parker created the system with his good friend Victor Morgenroth in order to simplify wine tasting for individuals who didn’t quite have the expertise of renowned wine critics. Indeed, his assertion that many wine critics had a conflict of interest when reviewing wines, usually financially, had unsettled Parker and spurred him into implementing his system.

The scale of 50 to 100 rather than 0 to 100, he scores wines on a range of factors from colour and appearance to aroma, flavour and finish. Although there have inevitably been wine critics who have questioned the system due to the subjectivity involved with tasting food and drink, the system is still used in many wine stores across the USA, often labelled next to the price on the shelves.

The main doubters of the 100-point system have been in the UK, in the form of Jancis Robinson and Clive Coates, who still prefer a more traditional 20-point system. However, it can be argued that Parker’s scoring system rates wines on a far more detailed criteria and gives a more comprehensive view, especially to people with limited knowledge of Bordeaux wines.

Robert Parker himself has said the following of the system;

“Scores, however, do not reveal the important facts about a wine. The written commentary that accompanies the ratings is a better source of information regarding the wine’s style and personality, its relative quality vis-à-vis its peers, and its value and aging potential than any score could ever indicate.”

Parker has recently taken a step back from the industry, in all likelihood wanting to enjoy retirement, but has some important advice for budding wine investors before his decision. He urged anyone thinking of entering the sector not to presume they will make a quick buck from wine investment as the success he has enjoyed is rare and hard earned. 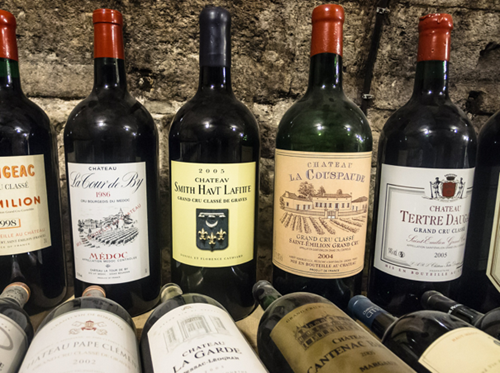 His following and the respect he had gained over the years has led many with capital, or a passion for wine to try to emulate his success. However, this can be dangerous without the right level of expertise. You can read more about this in an interview in The Telegraph where he explains the wine industry, his success and why he is an impossible act to follow.

If this has whet your appetite for wine investment and wish to learn more then be sure to read some of the other fantastic articles we have been publishing right here at Octavian of late. We have previously covered everything from cellarage to storing fine wines at home, and you can always contact our team of wine specialists any time to discuss your needs further.