As any seasoned aficionado will tell you, fine wine is reassuringly expensive. From the grapes to the soil and of course the expertise required to make a truly great wine, you simply can’t acquire these things without large amounts of money and even then, this isn’t guaranteed to get you a truly good vine product. However, this doesn’t stop celebrities from investing their surplus cash into wine and why not, as this is often due to a love for their favourite tipple.

Celebrities and others from the upper echelons of societies have long made their own wines. From ancient Greek philosophers who wanted to ensure the quality of their wine all the way to the Beckhams today, this is not a recent phenomenon. But, which are actually worth drinking? As mentioned, vast sums of cash do not ensure you end up with a wine that will be well received by critics and consumers alike.

So, in true Octavian style, we have decided to profile the best celebrity wines for your perusal, so you can be sure you’re only drinking the finest. Cheers! 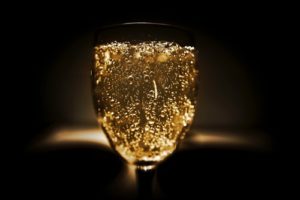 Hip hop royalty isn’t shy of a shrewd business deal and although he didn’t create this wine, it is very much his own since he bought out Sovereign Brands. Ace of Spades is famous for its bling packaging which is referred to as the “midas” bottle, the distinctive gold or silver approach is now famous in celebrity circles such as actors or professional footballers.

Take away all the fanfare though and this champagne is excellent, and worthy of all the buzz. It is produced by the Cattier family who have been making champagne since before the French Revolution. In fact, the first champagnes came from this vineyard as far back as 1763.

There is a new Blanc de Noirs on the market, currently selling for around £695 but it has already been heralded as the most luxurious champagnes available making Ace of Spades a quite excellent celebrity wine.

When he isn’t on tour or entertaining the crowds at Wimbledon, Cliff Richard is most probably at his Portuguese vineyard. Although he has put his wine venture up for sale, it has created one of the best celebrity wines available.

The Quinta do Moinha, Vida Nova Reserva, Algarve 2012 has been critically acclaimed and with a drinking window of 2020-2025 it is likely to be for some time. Aged in oak for years, this Syrah Aragoñez exhibits the classic flavours for the region of cherry, spice and the charred impact of the casks give it a classic aftertaste.

Even if Sir Cliff is set to sell his wine business, he will surely be proud to put his name to this celebrity wine for years to come.

This wine scored an impressive 91 points from Wine Enthusiast and despite rumours of a sale following their divorce, it is still owned by Brangelina. They bought the French estate in 2011 in partnership with the Perrin family who emanate from Châteauneuf-du-Pape and as such, the wines coming from the vineyard are always of exemplary quality.

“Happily, it is also a very fine wine, perfectly balanced between crisp fruit and acidity” said Wine Enthusiast in their review of what is surely one of the superior celebrity wines.

Jurassic Park star Sam Neill grew up in New Zealand and it is therefore fitting that he was responsible for one of the country’s best wine exports of late. Produced in Central Otago, this 2015 wine is ready to be drunk right now and is said to be a significant improvement on the 2014 iteration.

Two Paddocks is characterised by black cherries, cola and plum and is one of the more powerful in our list of the best celebrity wines.

These are the best celebrity wines, brought to you by our experts here at Octavian but there is a myriad of others for you to explore. You can find out more at some of the better wine blogs out there and as we have covered before, you could do a lot worse than staying tuned to some of wine podcasts popping up all the time.

In the meantime, why not take a look at some of the wines being produced by Ernie Els, Drew Barrymore and even Black Eyed Peas’ Fergie!